This large bull moved toward the field where the stewards were weed managing, so a very quick retreat to the truck occurred. When a six foot tall, 1,000-2,000 pound animal chooses a site to graze, rest, or wallow, he always gets his choice! This particular bull appears to prefer this hill, perhaps because the soil is sandy. Notice the swarm of insects around this bull . . . no wonder he wallows so often! As one of the mature bulls in the herd, he will probably dominate and breed with a majority of the cows in the herd during the mating season, from July through September. 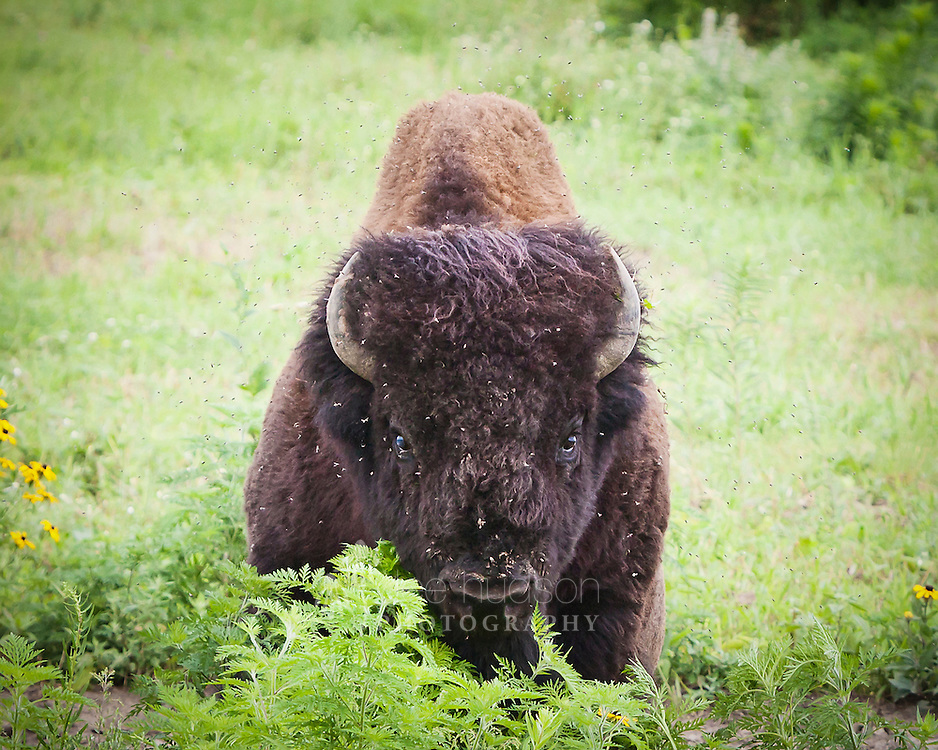